At Parish Patience Lawyers, we pride ourselves on being a team of dedicated professionals who are committed to helping our clients get the visas they need. 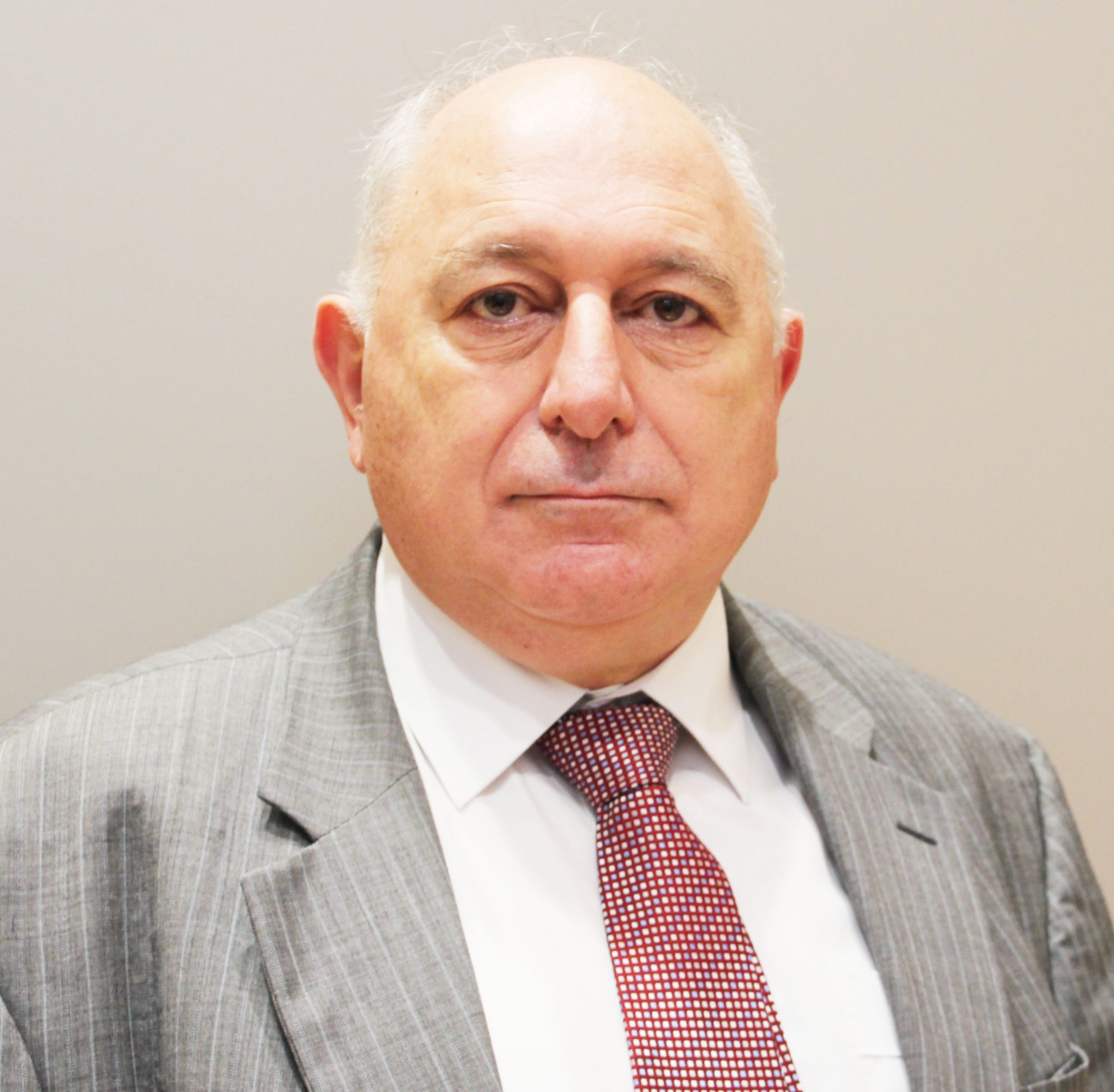 It is with great sadness that Parish Patience Immigration Lawyers announces the passing of its principal, David Bitel. David died in his sleep on 20 August 2016 at Greenwich Hospital.

David recently celebrated his 40 th Anniversary as a Solicitor, having first been admitted on 16 July 1976. He practised all his professional life with Parish Patience. In this sense, David continued the great tradition of the firm. From its beginning in 1888, founding partner Walter Parish was a lawyer here for over 50 years. John Patience came to the firm in 1937 and remained practising law for decades, including when he became Chairman of Radio 2GB. Another long-term principal was Neil McIntyre, and the firm was named Parish Patience & McIntyre up to the late 1960’s.
Practising extensively in both general and immigration law, David was a member of the Migration Institute of Australia. He was first lawyer recognised by

the Law Society of  New South Wales as an Honorary Accredited Specialist in Immigration Law and was a consultant author of the loose leaf legal text “Australian Immigration Law”. David also provided legal advice to many community groups, notably from the Filipino, Bangladesh, Indonesian and Nepalese communities in Australia.

From this experience particularly in Immigration and Human Rights’ Law, David was appointed as a member of various committees of the Law Society of New South wales, (including as Chair of its Specialist Accreditation Committee, and its Human Rights Committee), of the Law Council of Australia and of the International Bar Association and a member of the Executive of the IBA. From 2002 to 2004 he was Senior Vice Chair of IBA Committee 14. David was also a member of the Immigration Lawyers Association of Australia and was one of the Convenors of their 2011 Annual Conference in Sydney.

More recently, David Bitel was named in the 2014 edition of the Best Lawyers in Australia, a tribute to him and to his long-time professional dedication.

Similar to his commitment to legal matters, David Bitel also undertook significant community and human rights’ work throughout his life. He served as the long term Secretary General of the Australian Section of the International Commission of Jurists, assisting with Rule of Law matters in Australia and internationally. Frequently David attended Government/NGO Consultations Forums, and substantially advocated for changes in domestic and international law, including through the Australian Forum of Human Rights Organisations (AFHRO)

For David’s work with refugees, in 2002 he was awarded Austcare’s prestigious Paul Cullen Humanitarian Award. David had also helped to found the Immigration Advice and rights Centre (IARC) in 1982, and served as its Chairman. He similarly helped to found the Gay and Lesbian Immigration Task Force (GLITF), which has continued since 1983 to advocate for equality for same sex couples under Immigration Law.

From 1989 to 2009 David was a part time Judicial Member of the NSW Administrative Decisions Tribunal in its Equal Opportunity Division (and its predecessor). He served on the Executive of the New South Wales Jewish Board of Deputies from 1999 to 2008, acting as Chair of its Social Justice Committee in this period. A member of the Labor Party of Australia since 1967, David was elected as Paddington Ward Alderman to Woollahra Municipal Council from 1978 to 1983 and, in the 1980s, he served on the NSW ALP Branch, Immigration Policy Committee.

Parish Patience as a firm benefited considerably from David’s expertise and care, including developments in Administrative and Immigration Law. Over decades of his work in community and legal matters, he did not lessen his workload or efforts to ensure changes in the law for the better.

When confronted with the news three years ago that he had been diagnosed with Cancer, he reacted with his customary determination and optimism.

Over the last six months or so David’s health steadily declined however his commitment to clients and humanitarian causes never wavered. He explained more than once that he didn’t want sympathy as he had a full life and had been fortunate to enjoy opportunities not available to everyone.

Such was his devotion to immigration work he continued to see clients and help and advise them for as long as it was possible to do so. David’s legacy is with many thousands of people he has helped to lead happy and fulfilling lives in Australia. 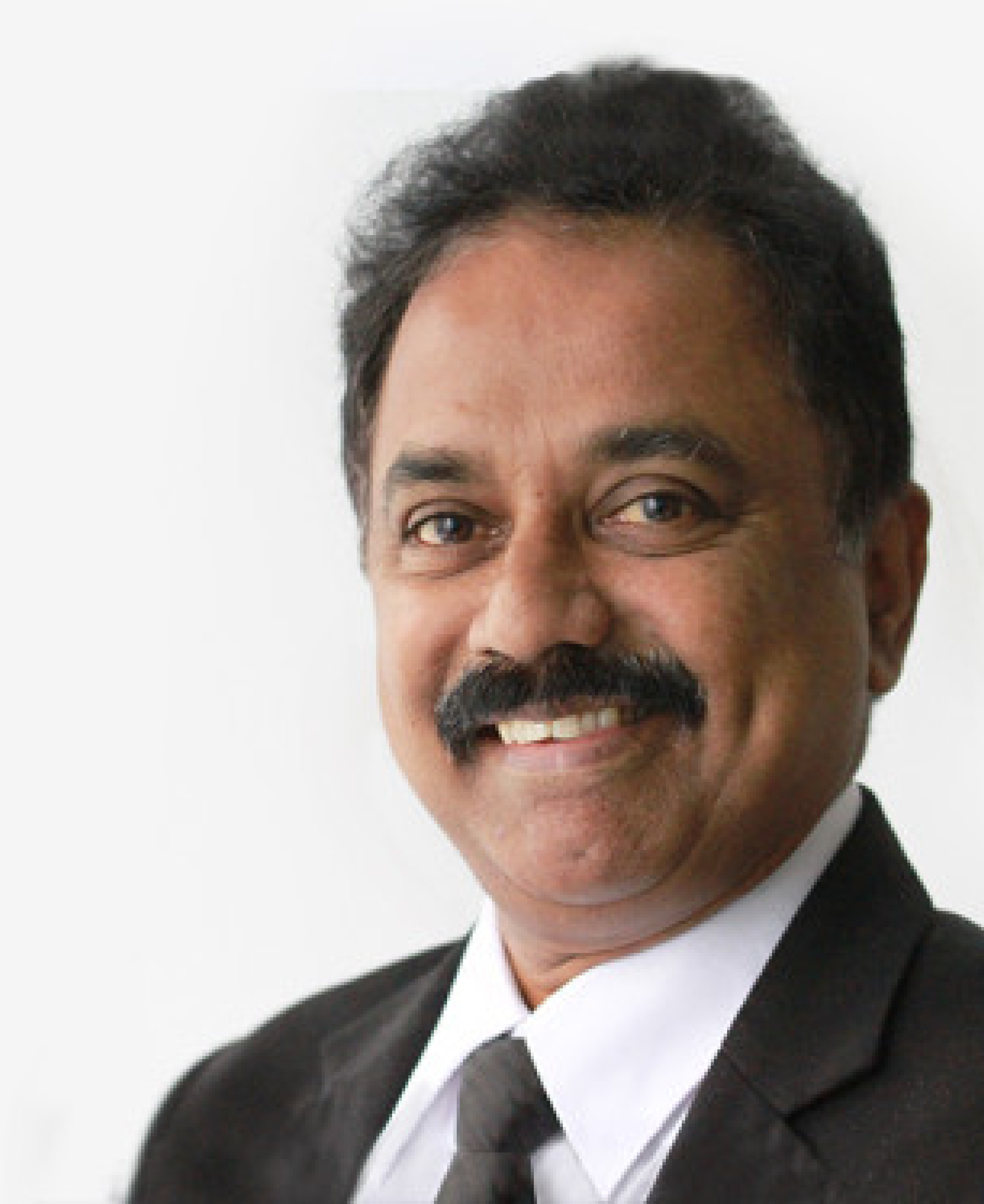 Prasad is a veteran lawyer with over 30 years of legal practice in Australia and Sri Lanka. Prasad having completed his education at the Sri Lankan Law College, was admitted as an Attorney-at-Law to the Supreme Court of Sri Lanka, and consequently became a State Counsel for the Attorney General’s department, representing cases in both its civil and criminal divisions. Prasad also held his private practise in Sri Lanka, appearing in civil trials, labour/industrial disputes, as well as appearing for the defence in criminal cases.

Having migrated to Australia, Prasad completed the requisite legal studies at the University of Sydney, and was admitted as a solicitor in New South Wales. In Australia, Prasad has had extensive experience working as an immigration lawyer across multiple Sydney based migration firms. Prasad also played the role of principal solicitor at another firm in NSW.

Prasad has experience working with clients from diverse backgrounds and communicates fluently in English and Sinhala. 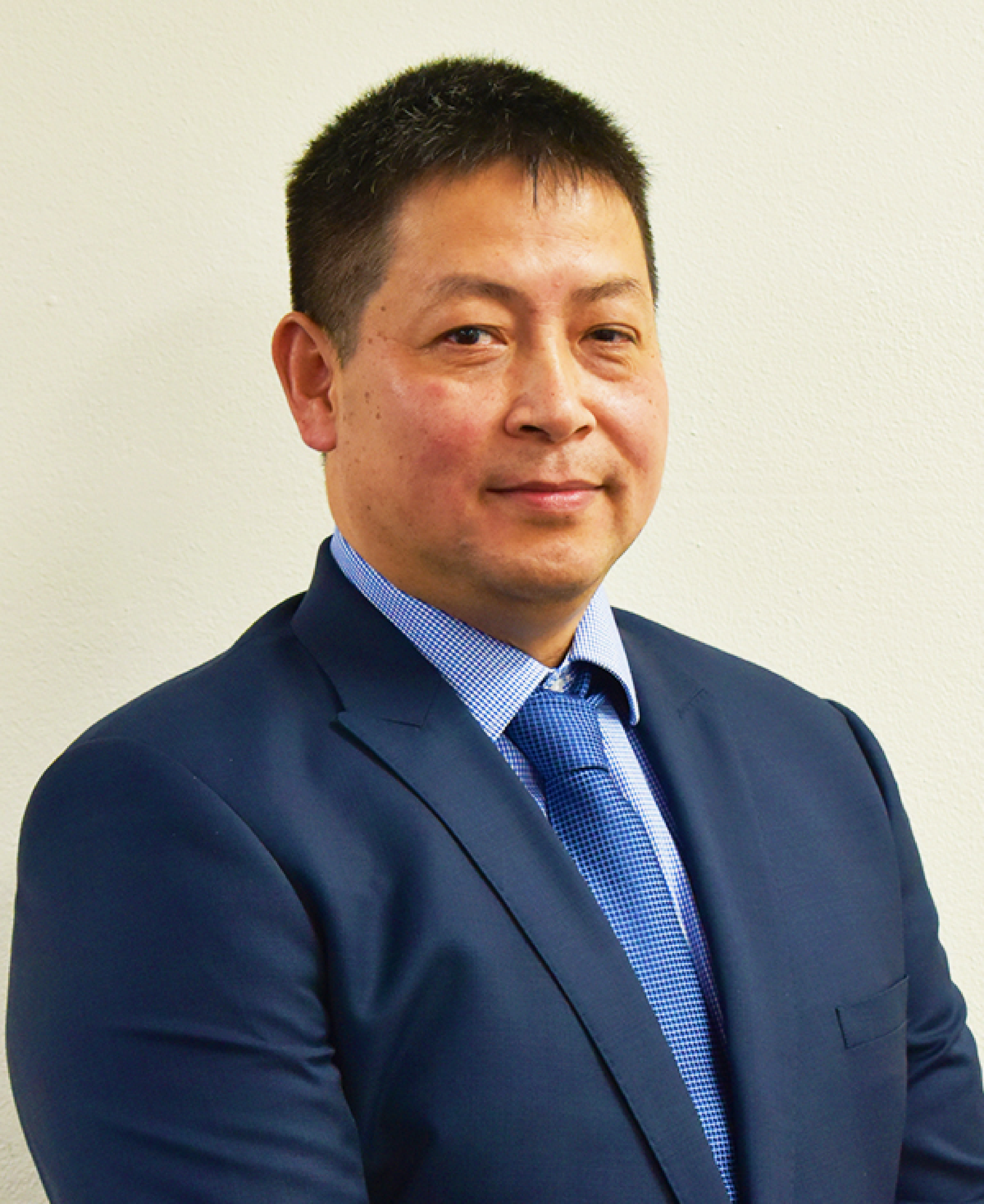 Thong Nguyen joined Parish Patience Immigration Lawyers in 2002 after graduating from his Master Degree (M.Ed.) course at the University of Technology, Sydney. He has now been working with the firm for 15 years in the role of a Senior Registered Migration Agent.  Since Parish Patience Immigration Lawyers was incorporated in August 2016, Thong has been appointed as one of the Directors.

He had extensive work experience with an international organization in Vietnam before coming to Australia. Thong is fluent in both English and Vietnamese, and he is a NAATI accredited Vietnamese translator.

Thong has had experience in working with clients from many different nationalities and backgrounds. He is the primary contact for Vietnamese clients seeking assistance from our law firm. He has participated in and led the firm’s migration seminars in Vietnam and Malaysia which specifically focuses on Skilled Migration, Business Migration and Student Visa. Thong has provided extensive training on all aspects of migration both internally and in Vietnam.

He is also a member of the Migration Institute of Australia. 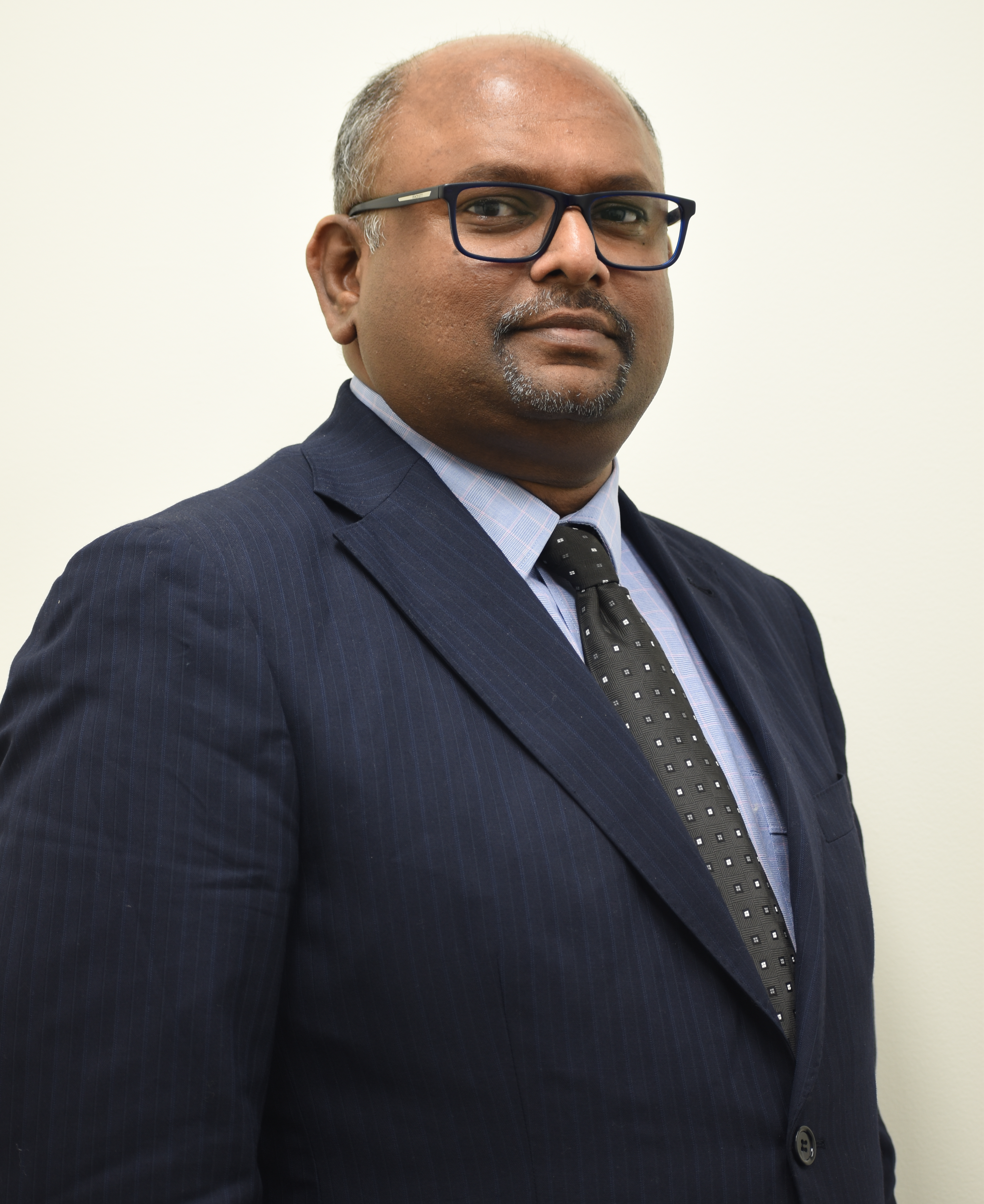 Mahalingam Sutharshan (Shan) is qualified in law from Sri Lanka in 2000. He holds a LL.B degree from University of Colombo and obtained his Masters of Laws (LL.M) from Monash University, Melbourne in 2003. Shan completed another Masters of Laws degree specializing in International Humanitarian Law and Environmental Law under the AusAid Leadership Scholarship at the Australian National University in 2008. In 2009, he completed the Graduate Certificate in Migration Law and Practice.

In Sri Lanka, Shan worked as a researcher at the National Human Rights Commission and as a Lecturer at the Department of Law, University of Jaffna. He also worked as a Project officer with Pathfinder Foundation, Colombo, Sri Lanka. Shan joined Parish Patience Bitel Immigration Lawyers in December 2010 and at present specializes in handling protection visa applications, Administrative Appeals Tribunal, Ministerial appeals.

Shan has a particular interest in refugee law and asylum seekers and Human Rights Law. 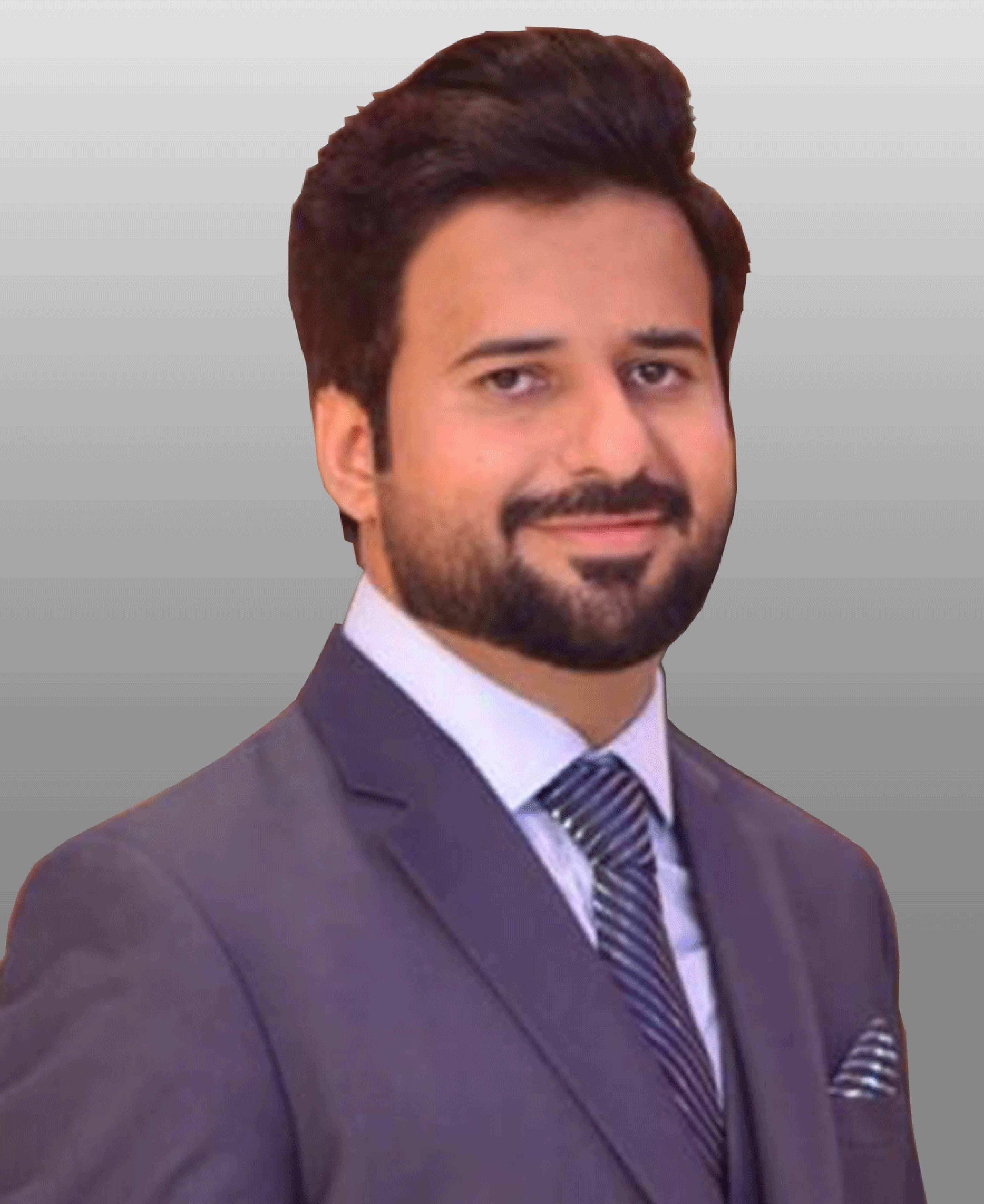 Usman is a lawyer in the Supreme Court of New South Wales, and the High Court of Australia. Usman joined Parish Patience Lawyers in September 2012 and working with the firm for 10 years. Over the period of time, he has gained knowledge in immigration law as a result of his association with Parish Patience Immigration Lawyers. He has provided assistance to the firm including legal research in various immigration related matters including Student, Skilled, Protection, Partner, and Visitor, Parents, Citizenship and Ministerial appeals and Administrative Appeals Tribunal.

He is keen in further developing his professional career with a particular focus on immigration law. In addition, Usman has a special interest in non-immigration legal matters including Traffic, Criminal and family law and is keen in developing the non- immigration legal division within Parish Patience immigration lawyers. He has had experience working with clients from different nationalities and backgrounds. Usman speaks fluent English, Urdu, Punjabi and Hindi. 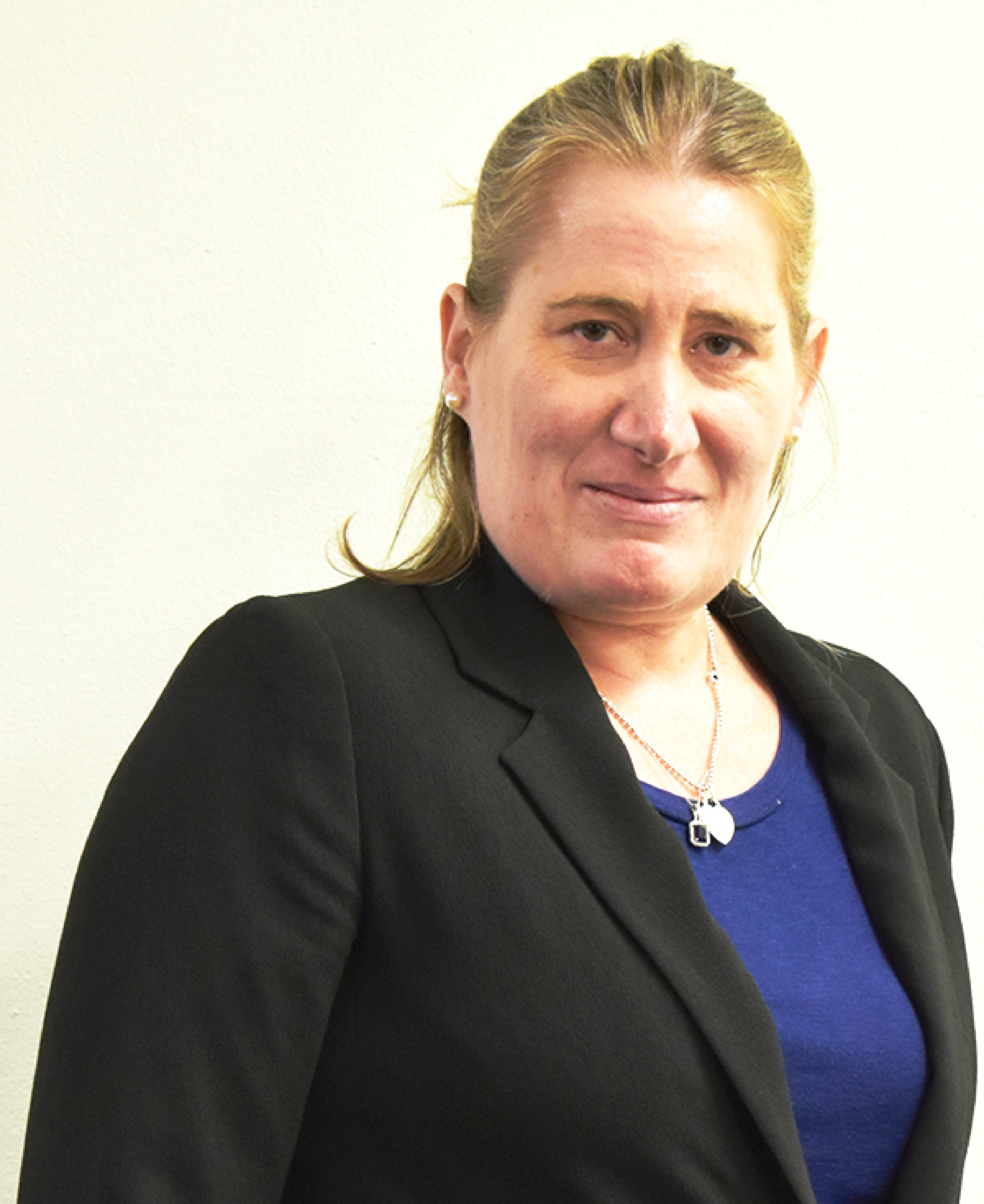 Lisa has recently joined Parish Patience Immigration Lawyers. She is a solicitor. She has completed her Law degree at Western Sydney University in 2018 and then obtained a Certificate of Completion from the College of Law in May 2018.

She was admitted to the Supreme Court of NSW in May 2018 and the High Court in July 2019 and obtained her Practicing Certificate from the Law Society of NSW in July 2018. She is passionate about immigration law with special interest in Refugee law and business visas. She has undertaken Human Rights law and Public International law part of her under graduate degree course. She also has particular interest in family law and family violence related cases.

In her leisure time, she likes to snow ski and travel.

Lawyer in the Supreme Court of New South Wales

Lawyer in the High Court of Australia 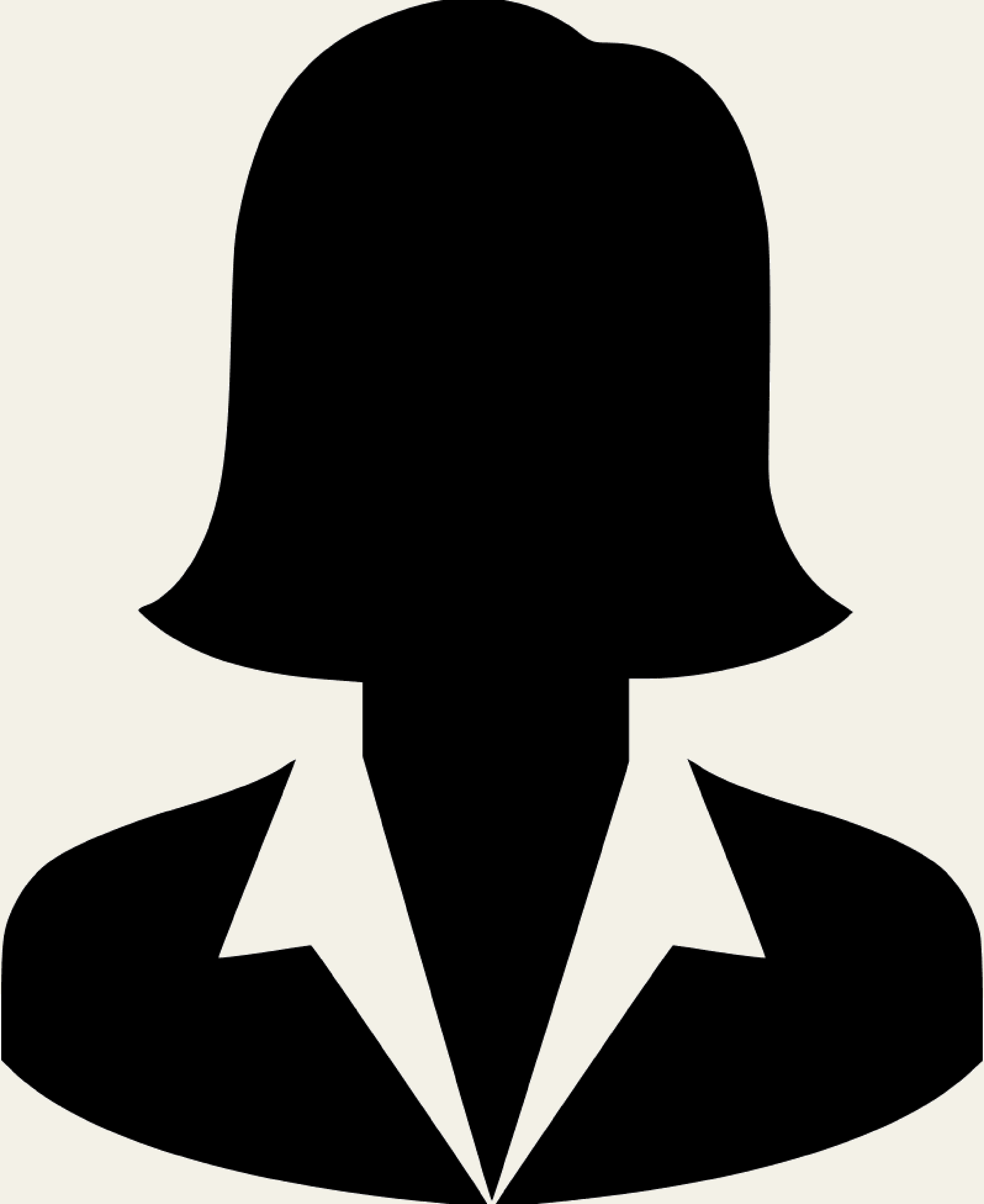 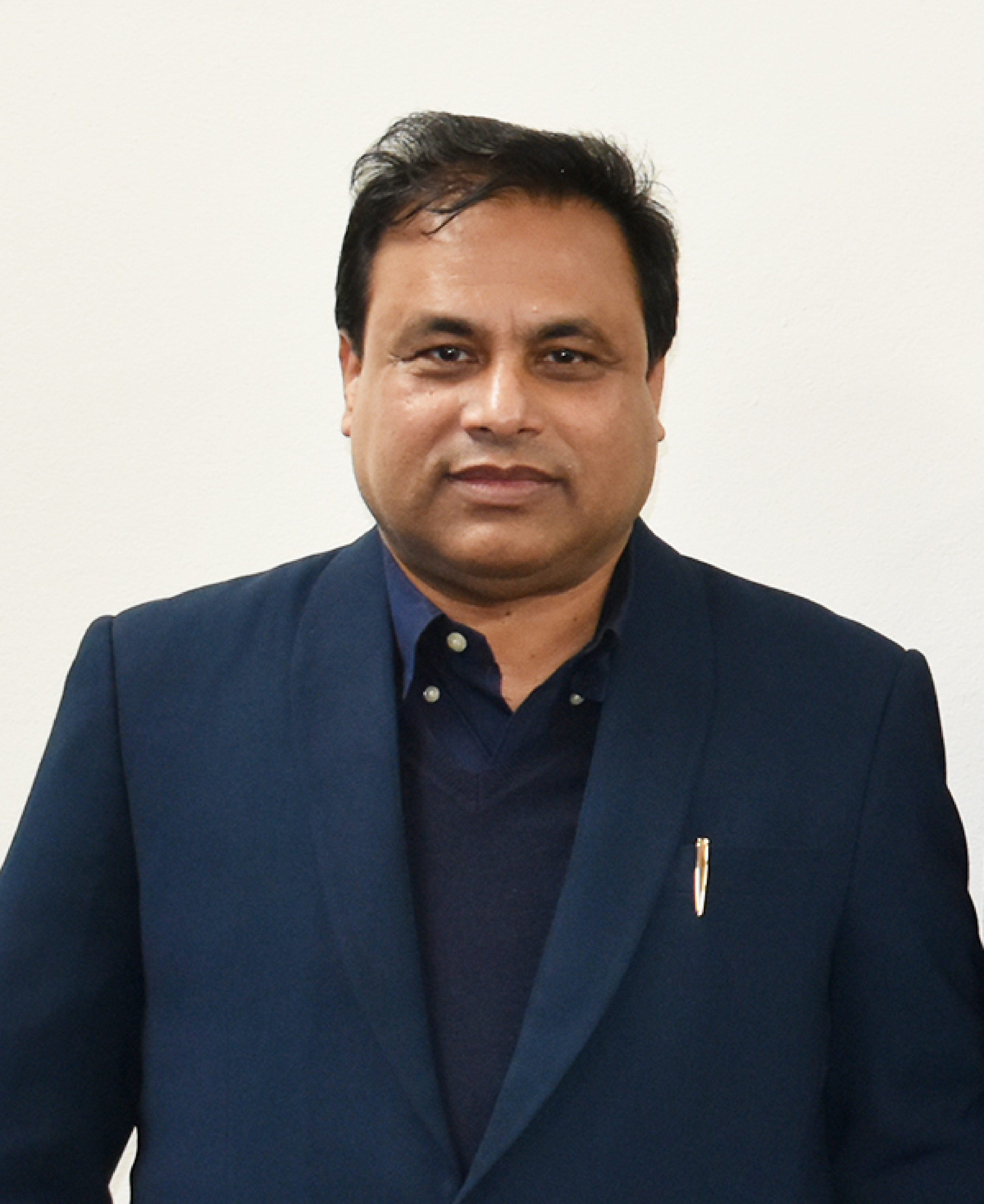 Golam Mostafa was born in Bogra, Bangladesh. He completed Bachelor of Agriculture Engineering from Bangladesh Agriculture University in Mymensingh in 1994. He came to Australia on 19 February 1998 and completed Diploma of Information Technology and Graduate Diploma of Information Systems Management from Central Queensland University in Sydney Campus.

He went back to Bangladesh in 2002 and started working with Parish Patience Immigration from 2003 to May 2006.

He came back to Australia in May 2006 and started to work in Parish Patience Immigration Lawyers from 1 June 2006 to Date. He worked under Mr. David Lee Bitel and assisted him with Student Visas, Skilled Migration, Spouse visas, RSMS, ENS, 457, 485 Graduate visas, Protection visas, Child visa, and Parent visas. 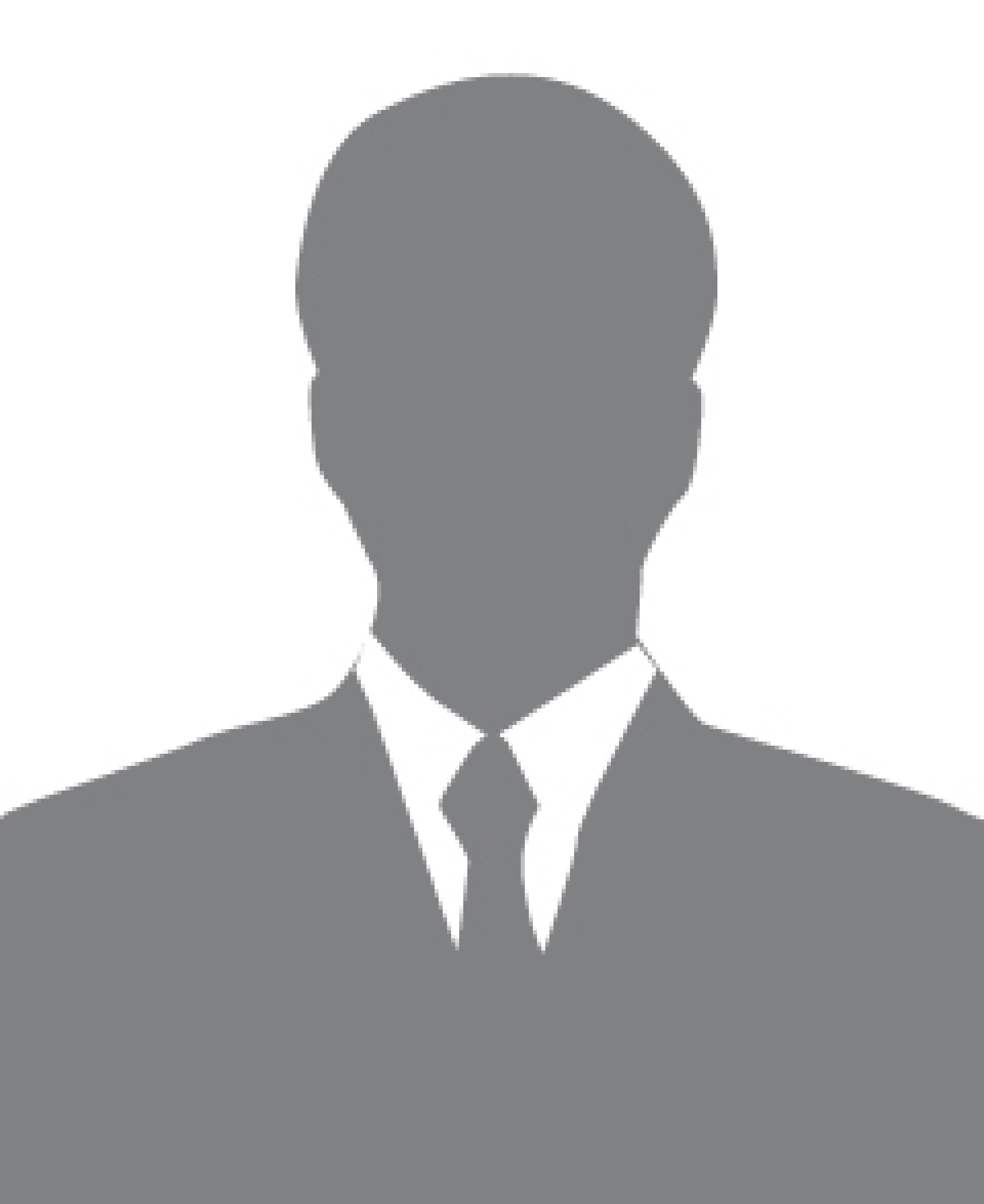 You can be confident in your decision to get assistance from Parish Patience as an immigration lawyer. Our team of experts will provide you with the best service and advice possible for all visa needs, so don’t hesitate any longer!